History
In Pilanesberg, traces of Tswana habitation are found back to 1750 AD although many traces can be found in the Rustenberg area dating as far back as 1300 AD. Throughout the Transvaal, Tswana peoples occupied the territory between 300 AD and 600 AD but moved away around this time, only to come back around 1200 AD. It is not understood why this occurred. Today in the Pilanesberg there are many Stone and Iron Age sites throughout the park that can be investigated.

It wasn’t until 1829 when the first Western people arrived in the form of 2 Cape Town Traders – Robert Schoon and William McLuckie. A missionary by the name of Robert Moffat also visited around the same time. In 1836 the famous Big Game Hunter William Cornwallis Harris hunted in the area and reported on the presence of Tsetse fly in the Lower Crocodile (Odi) River which are known to have been present up until the Rindepest epidemic of 1886. Hendrick Potgeiter led the first Voortrekkers into the area in 1839 and settled near Phokeng.

Citrus, winter wheat, tobacco and coffee crops flourished in the temperate, frost-free climate and mining exploration began as early as 1853. Coal, Iron, Copper, Cobalt and Gold have all been found in vast quantities.

In 1969 Potchefstroom University recommended that the area of Pilanesberg be developed into a recreation and nature reserve. This was also supported by a number of politicians but it wasn’t until 1979 that the Pilanesberg National Park was established. Southern Sun had, under the ownership of Sol Kerzner in 1976, applied for the land surrounding Mankwe dam to build its hotel and casino complex. This was refused to make way for the Park by the late Kgosi Lucas Mangope, President of Bophutatswana. Sun City was thus developed, bordering the South of the Reserve. Like Madikwe, Pilanesberg used to be farmland. Between 1969 and 1979, the land had to be repaired. Alien plants were removed, eroded land was rehabilitated, houses and windmills were knocked down and taken away. An old fluorite mine was also dismantled.

Many of the animals were introduced before the fence was finished and so were kept in a holding area adjacent to Manyane camp. This area soon became too small and over 200 animals died as a result. Even so, Pilanesberg is one of the few Parks in Southern Africa to have a near-complete assemblage of its former fauna, as well as having the third largest White Rhino population in the world. Until the late 1980s, the number of animals was kept at around 50 % of the maximum carrying capacity. This has been allowed to increase significantly in the last decade. Lion reintroduction was started in 1993 and now there are over 43 of these animals in the Park. African Wild Dogs were released into the Park in 1999 and are managed as part of a larger population for genetic variety of this endangered carnivore. White rhino were also exchanged for buffalo and plains game. 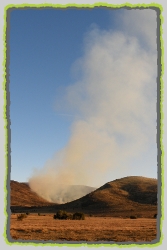 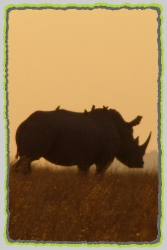 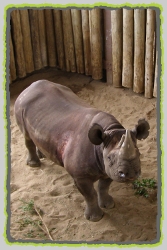