Heritage Park
This is one of the most revolutionary developments in South Africa’s tourism history, aiming to build on the stability provided by two existing ecotourism successes, namely the unification of Pilanesberg National Park and Madikwe. This unique venture is anchored on three pillars: partnership and cooperation, wildlife conservation and traditional African lifestyle. The land in the corridor belongs to a number of different landowners, although it is largely uninhabited and is mainly used for marginal cattle farming, making it easier to convert the land back to nature based tourism. It has been developed with these landowners and they will no doubt share the income that will flow from the creation of the park.

The Department of Agriculture, Conservation, Environment and Tourism; the North West Parks and Tourism Board; the Bojanala Platinum and Central District Municipalities; and the Moses Kotane and Zeerust Local Municipalities have all committed to the project, undertaking to jointly facilitate the development of the Heritage Park project.

Madikwe is already seen as one of the new South Africa’s success stories in the area of uplifment and poverty eradication through tourism and conservation, and this model has been incorporated into the Heritage Park vision. The Madikwe model says that people must be placed at the centre of any conservation initiative, in order for conservation to work.

All types of land ownership can be incorporated into the Heritage Park and incorporation is entirely voluntary. The land title itself will remain with the original owner, while the Park itself will not be homogenous, but rather zoned for different conservation and tourism activities. Game and ecosystem management will comply with North West Parks and Tourism Board standards and will be conducted in consultation with landowners.


“The linkage of Pilanesberg with Madikwe will result in a vast area, comprising a mosaic of different land forms for ecotourism and resources use in the short to medium term. The ultimate thrust of this project is to achieve one large ‘Big Five’ Game Reserve, offering free movement of game throughout the entire fenced area. Through capitalising on the tourism success of both game parks, the project is anticipated to contribute significantly to social upliftments efforts by more than doubling the economic growth in the region.”


While Madikwe is an important transition zone between the Kalahari thornveld and bushveld ecological regions of Southern Africa, the Heritage Park is strategically situated between other protected areas in the North West and Limpopo provinces and can become the catalyst for the launching of an important regional initiative, potentially crossing the border into Botswana.

Phase 1 of the project is already under way, taking about 5 years, the extension of the boundaries of both Parks towards each other converting 70 000 hectares from agricultural use to ecotourism use.

Phase 2, over the next 15 years, a further 100 000 hectares will be added and the possible extension into Botswana as Phase 3. The hope is that it will form a significant conservation area of some one million hectares, providing a bigger migration space for animals and a prime ecotourism destination. 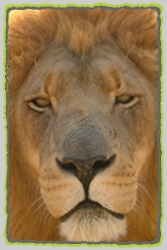